If you need to have a pacemaker fitted, a small electrical device called a pacemaker will be surgically implanted in your chest. The pacemaker sends electrical pulses to your heart to keep it beating regularly and not too slowly.

Having a pacemaker can significantly improve your quality of life if you have problems with a slow heart rate. The device can be lifesaving for some people. In the UK, pacemaker implantation is one of the most common types of heart surgery carried out, with many thousands of pacemakers fitted each year.

How a Pacemaker Works

A pacemaker is a small device about the size of a matchbox that weighs 20-50g. It consists of a pulse generator – which has a battery and a tiny computer circuit – and one or more wires, known as pacing leads, which attach to your heart.

The pulse generator emits electrical impulses through the wires to your heart. The rate at which the electrical impulses are sent out is called the pacing rate. Almost all modern pacemakers work on demand. This means they can be programmed to adjust the discharge rate in response to your body’s needs.

If the pacemaker senses that your heart has missed a beat or is beating too slowly, it sends signals at a steady rate. If it senses that your heart is beating normally by itself, it doesn’t send out any signals. Most pacemakers have a special sensor that recognises body movement or your breathing rate. This allows them to speed up the discharge rate when you’re active. Doctors describe this as rate responsive.

An implantable cardioverter defibrillator (ICD) is a device similar to a pacemaker. It sends a larger electrical shock to the heart that essentially “reboots” it to get it pumping again. Some devices contain both a pacemaker and an ICD.

ICDs are often used as a preventative treatment for people thought to be at risk of cardiac arrest at some point in the future. If the ICD senses the heart is beating at a potentially dangerous abnormal rate, it will deliver an electrical shock to the heart. This often helps return the heart to a normal rhythm.

A conventional ICD has a pacing lead that’s implanted along a vein (transvenously). There’s also a newer type of ICD where the pacing lead is implanted under the skin (subcutaneously).

How do I Prepare for a Pacemaker?

Before receiving a pacemaker, you’ll need several tests. These tests can ensure that a pacemaker is the right choice for you.

If a pacemaker is right for you, you’ll need to plan for the surgery. Your doctor will give you complete instructions on how to prepare.

How To get Started ? Get a Free Expert Opinion from Top Pacemaker Implantation Specialists in India ? 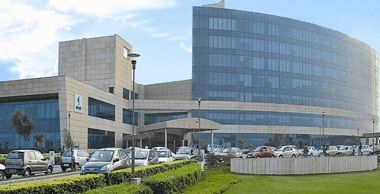 After three years of pain, difficulty walking, and an inability to work, I have finally entered a new hopeful and exciting chapter in my life. Because of the absolute impossibility of finding a facility that could help me, I searched on the internet and found my surgeon Dr Sarup an exceptional and experienced surgeon , a solution that has changed my life.

The surgery was painless for me. The rehabilitation was strict and very effective, the nursing and the support staff were all trained, kind and infinitely caring.